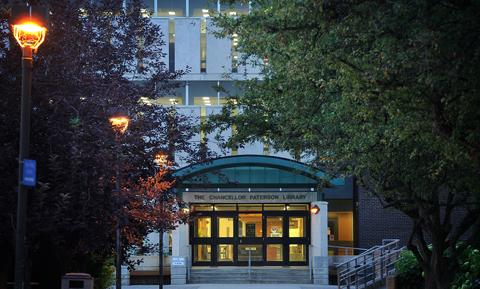 Main Entrance of the Library

The Chancellor Paterson Library is the main library on the Thunder Bay Campus and occupies a separate building in the centre of campus. Three stories of this building were completed early in 1966, and came into full use for the new session beginning September, 1966. An official opening ceremony was performed by the Chancellor, Senator N.M. Paterson, on October 27, 1966. Early in 1967, it was decided to add three more stories to the existing structure, and work was completed in September. 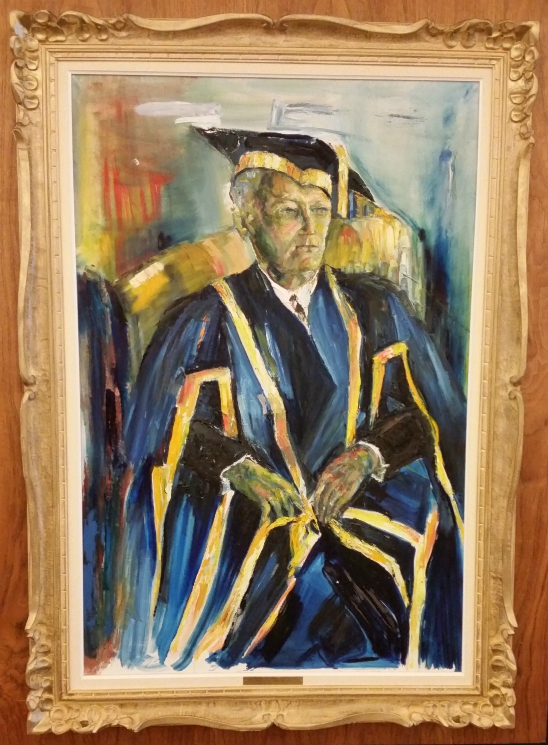 Portrait of Chancellor Paterson hangs at the entrance of the Library

Born in Portage la Prairie, Manitoba, Norman McLeod Paterson established his own grain business in 1908 which later grew into the firm of N.M. Paterson and Sons Ltd. The firm operated a four-million bushel terminal elevator in Fort William along with many other grain elevators and lake freighters. Paterson was called to the Senate in 1940 and was appointed Knight of the Order of St. John in November 1945. Senator Paterson’s contributions to both Thunder Bay and Lakehead University are considerable: the donation of his home to McKellar Hospital, a park to the City of Fort William, and one of the first Cobalt Bomb Installations in Canada to the Port Arthur General Hospital. Over the years, through The Paterson Foundation, the family has contributed generously to numerous scholarships, bursaries, and funded major capital projects at Lakehead University. The Chancellor Norman M. Paterson Library is proud to carry his name!